My friend Otis has mentioned Strictly Discs to me several times and I have passed it a couple of times down on Monroe Street, but never have actually stopped. This weekend however, after visiting Brat Fest for a quick Friday brunch (Cindy and I were both off)

where the brats were great and the music, well… it was early on day one. Golden Rule. Anyway… we crossed town and stopped in at Strictly Discs.

It’s just a little corner shop. We plugged the meter with 25 minutes worth and walked across the street and went in. Instantly I was surprised at how small it was. Otis had talked about getting vinyl here and they had some, but as far as I could see it was all new stuff. I was bummed. Small and no used stuff? This was so not what I had hoped for. Don’t get me wrong, there was an awesome selection of new vinyl and new and used CD’s galore, but I wanted used vinyl. I was checking out the reggae vinyl when it all changed.

Cindy pointed out the sign that said something about used vinyl in the basement.

In the back corner of the store is an alcove that leads to stairs down into the belly of the beast. Used records!

We made our way down a flight of stairs, signed framed album covers adorning the walls, rounded a corner at the bottom and entered the used vinyl area. There were 2 rooms down there. I was actually momentarily stunned. So THIS was what Otis was talking about.

I spent a few minutes flipping records and flipping out frankly and decided I had to take some pictures. 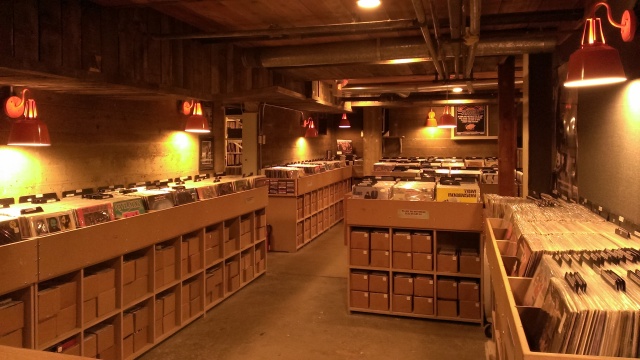 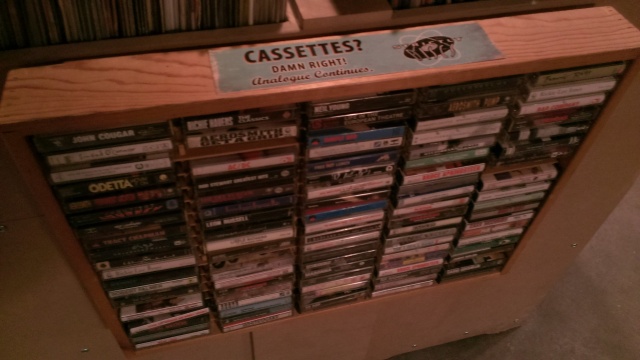 It was awesome. Did I say that?

I bought a few things.

This has my all time favorite Zappa song which is the entirety of side one. 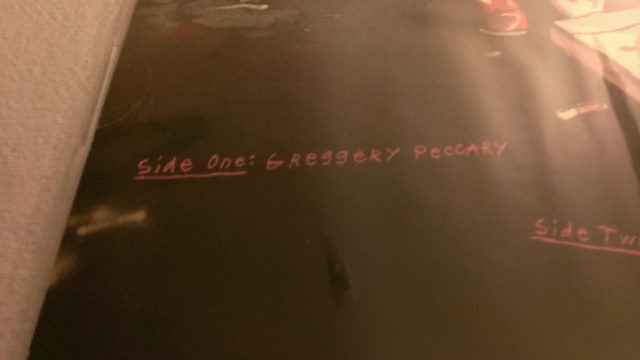 “Greggery Peccary”      The gregarious wild swine.     Ultra classic. I owned this many years ago and it feels right to have it back again. I had seen it at another place for 25 bucks. I got this one for $9.99 and it’s in a plastic sleeve to boot.

I wandered satisfied with my purchase until I found the bargain bin. 99 cent albums. I wondered if there would be the usual awful selections like I dig through at Half Price Books. I was pleasantly surprised and I  found a few gems in there.

The only other Buck Owens I have is the one I bought in Nashville. This was a good score, and, it’s in great shape. I already listened to it. Not bad for 99 cents.

Never had this one, but it has both “Goody Two Shoes” and “Desperate But Not Serious” which are my 2 favorites. I had to get it. 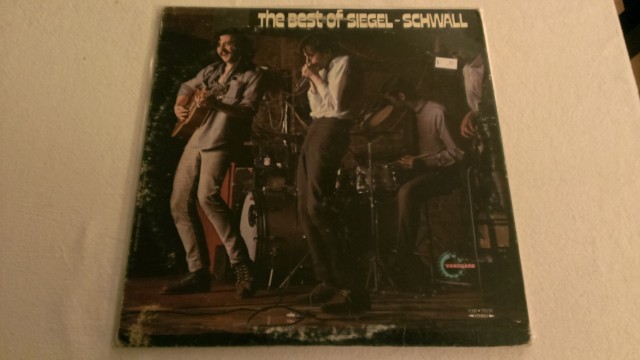 I even picked up a 45 from the nice little singles area they have. 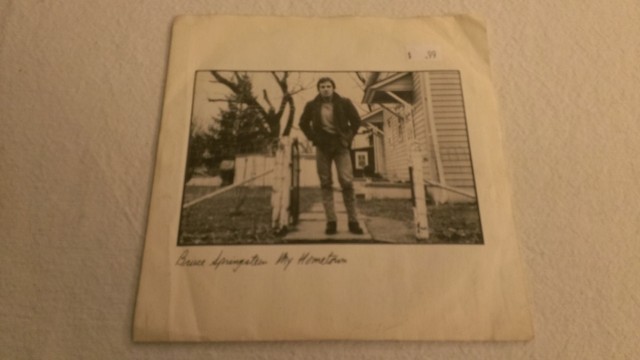 and I couldn’t resist a Strictly Discs platter pad. Slip mat? It goes on your turntable.

and as I went back upstairs with my arm full of stuff, I grabbed a grab bag. Yes really.

This is good time fun for record collectors. I figured I could use them for record clocks if there was something cool.

That’s Reggie looking on as I opened it up at home.

Okay, nothing was a huge hit. However. The 45 is on white vinyl and WILL make a great record clock. The Gregorian chants might get a spin. Anyone need some Charlie Daniels?

The cherry on the record buying event was a free poster from the free poster rack. I chose a Tori Amos double-sided promo poster.

It seemed we were only in there a few minutes, but when we got back to the car the timer was up.

I’ll be back Strictly Discs.

You had me at Used Vinyl In The Basement.