The whole concept of a Greatest Hits  or Compilation album baffles me a bit, particularly in this day and age of buying single tracks. Back in the day I know it made a bit more sense, but even then I didn’t get them much. Simply for the fact that if it was a band I was into I likely already had all the albums the songs from the Greatest Hits or Comp came from. Maybe that was just me.

I decided early on that I wasn’t going to go down the road of the jillion of compilation albums that exist for The Beatles. There are a lot. One that I got from The Frugal Muse recently turned out to be a compilation and I didn’t even know it.

My copy happens to be “The Beatles – Again”.

Anyway, when I researched this album I was surprised to discover that it was a compilation. All these years I thought it was another studio album.

Can we talk about how easy it would have been to straighten this cover shot? Just tilt it a little. Come on! Ugh. I also never realized that the boys were in the picture over the door.

All of this being said, and my prior decision not to buy any (further) comps was put to the test when I saw an auction for BOTH red and blue compilation albums on APPLE. My will was not strong enough to resist. 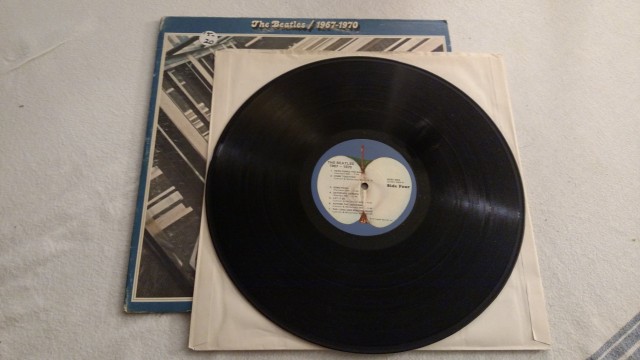 Another surprise decision came with regards to Beatle bootlegs.

There are tons of bootlegs, imports, and rarities out there. Actually a staggering amount. All the research I had done and all the stuff I had listened to from my Strawberry Fields blog bootlegs convinced me that there was only 1 that I would really consider getting. That being the first Beatle bootleg.

Per the wiki:  It is also one of the earliest commercial rock bootlegs.

In essence it is outtakes from the Let It Be sessions and some of the rooftop concert that didn’t make it to the album. I thought it would be hard to find and expensive, but a brief search on E-bay… there it was. So neither hard to find or expensive. I bought it. 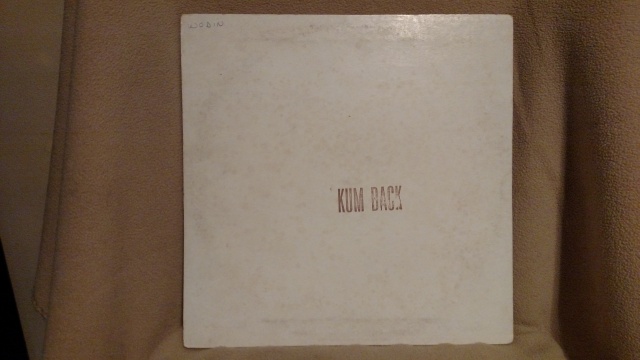 This is what they mean by white label. 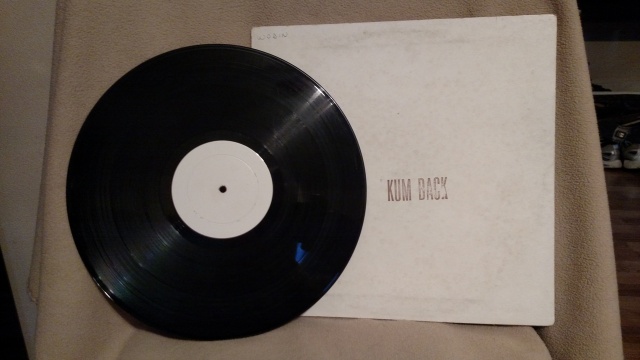 Which of course means it could be a fake, but I have listened to it and it’s pretty awesome, and sounds authentically old. Who knows.

I guess I have officially reached Level 5 of my own imposed guidelines for Beatle Collectors.

The view from here is great.