I keep telling myself that I DO NOT NEED ANY MORE CD’s! Even the weak, “but I’ll play it in the car” excuse isn’t convincing me anymore. But Dammit! I keep finding gems!

Honor Among Thieves is a band I have known for a long time and have gotten both on CD and Vinyl. I even have a tape of them on the radio. 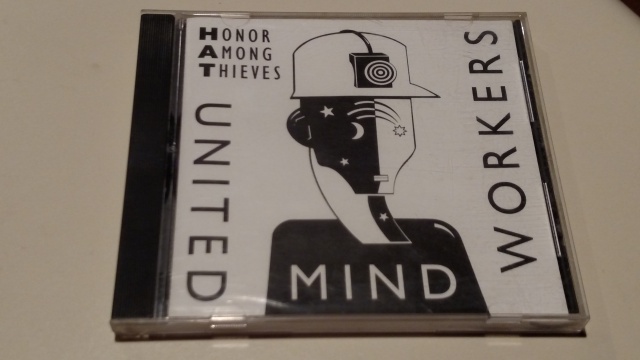 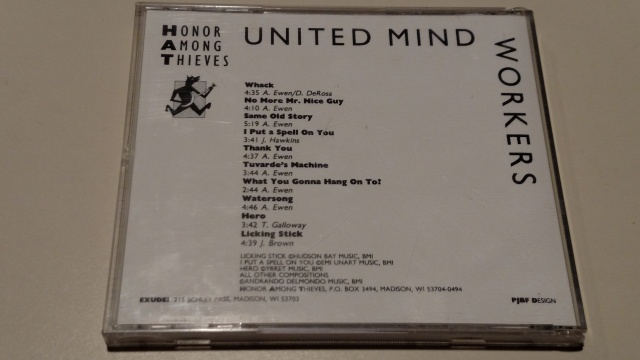 This is the same material that they played on the WORT show! I had a dub of this from Dalton, but this was the real deal. For a buck. Booyah.

I listened to this on the way home. It’s terrific. A stellar find. There is more though. 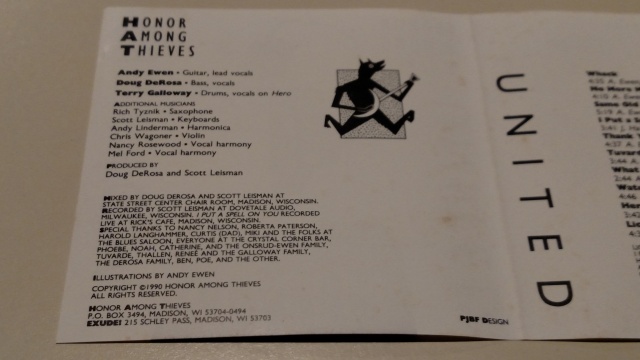 When I opened the insert I was surprised to see listed under Additional Musician… Andy Linderman. West Side Andy! No way. Also listed was Mel Ford of Mel Ford and The Fairlanes! It makes sense that these guys would be a great Madison resource for the music.

Guess who did the artwork for the album? Andy Ewen.

How have I never seen these guys LIVE??? Dalton did many years ago and said they were great. Sigh. 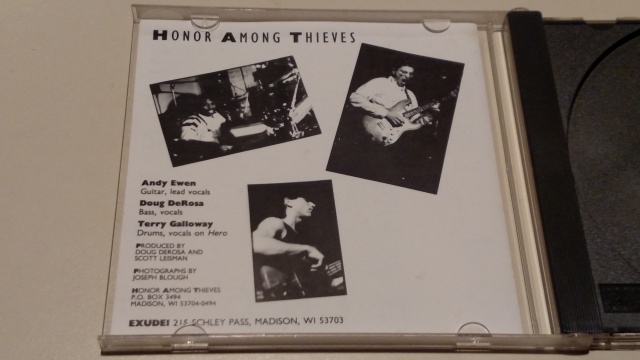 If you are looking for any HAT releases you can go here:

I’m going to have to fill in my HAT gaps. I have the LP and 2 CD’s but there is more that I don’t have. I have 2 copies of one of the CD’s and am toying with sending it to the PO Box listed on the album for HAT. Sort of a russian roulette to see if the address is even good anymore, and if Andy would sign one and return it in the SASE I will enclose. I’ll send along a copy of the United Mind Workers show I recorded. If he doesn’t have a copy it makes a nice little artifact.

I have loved it for many years.