I almost fell on the sidewalk, which was icy, while getting a marquee shot. 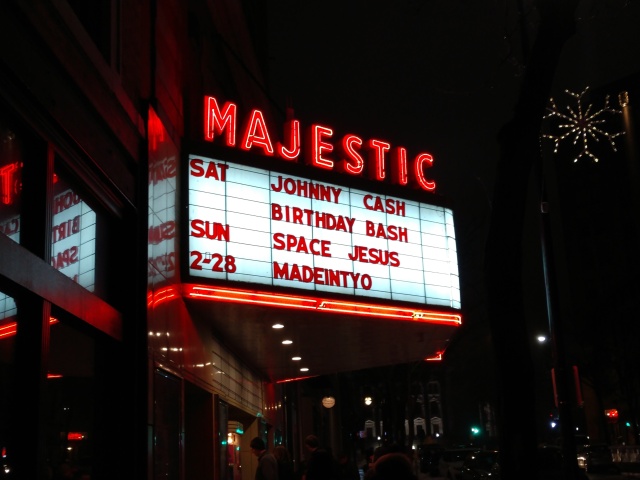 We stopped at the box office and picked up our wristbands for the reserved seating (awesome) and got the normal wristband on the way in. 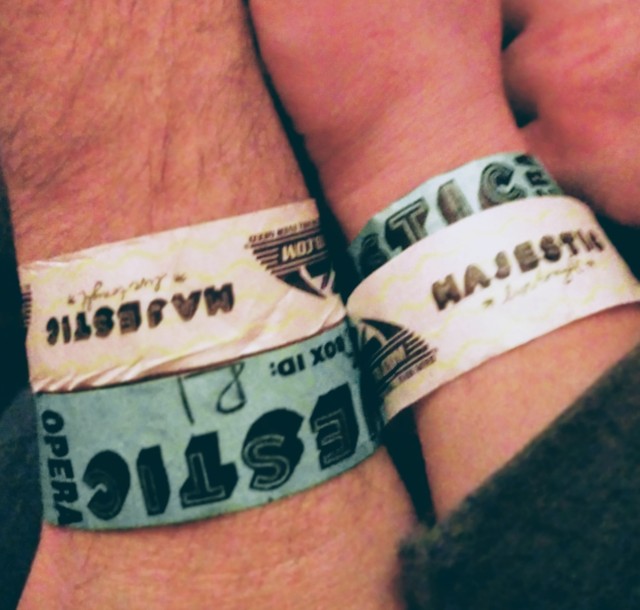 We grabbed some ciders and a water and then headed to our box. R1.

Let me just say, that as we descended the stairs to the box I felt like royalty. I know it’s stupid, but I have dreamed about what it would be like to sit in the reserved section for so long it was hard to believe it was really happening. Up to this point, I thought you had to win the seats. When we got to our spot they even had signs on our chairs. I tried to get a picture and it didn’t come out, but here is one I laughingly put on our kitchen table chairs at home. 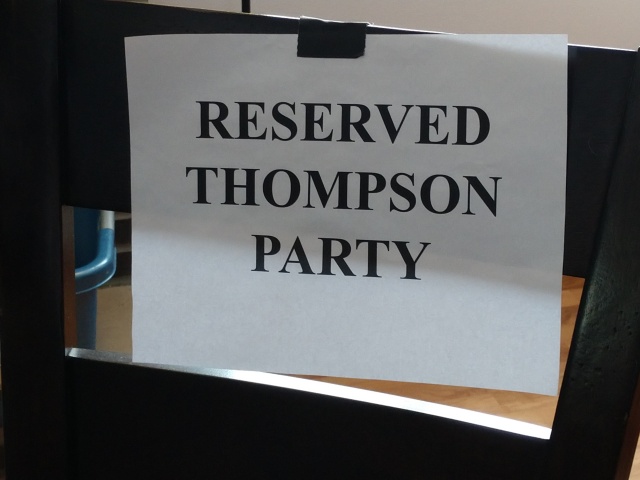 There were times when, from the floor, or the balcony seats that I tried to convince myself that the angle of the reserved seats would be bad, that you couldn’t see all the stage, that somehow they were inferior… they are not. 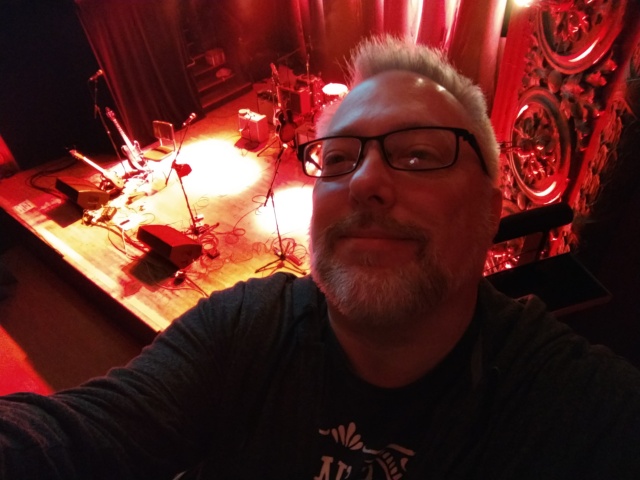 Their is a rail for your drinks and phone and you are pretty damn close. I loved it.

After the MC (who is the lead singer of the Christopher Gold & The New Old Things) opened the show, the first group came out. 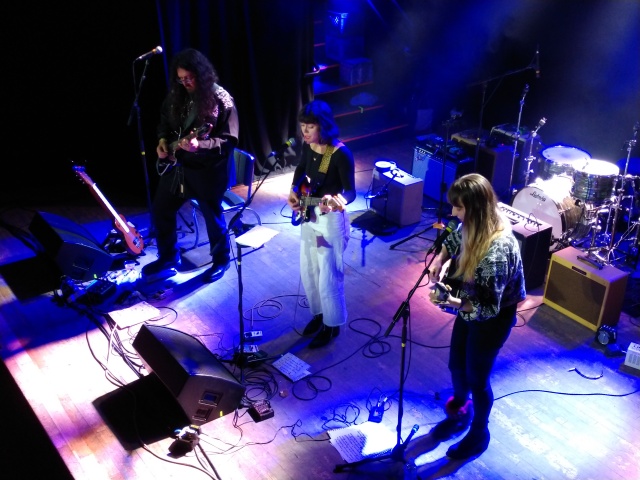 I used my phone for these pics. We were so close!

Jentri / Page had a slow, dreamy, echoey sound that reminded me of Chris Isaac meets countrified David Lynch soundtrack. The 3 guitars blended well. In the picture above the guitar player is standing, but for most of their set he played with the guitar on his lap with a slide. It was a nice sound. 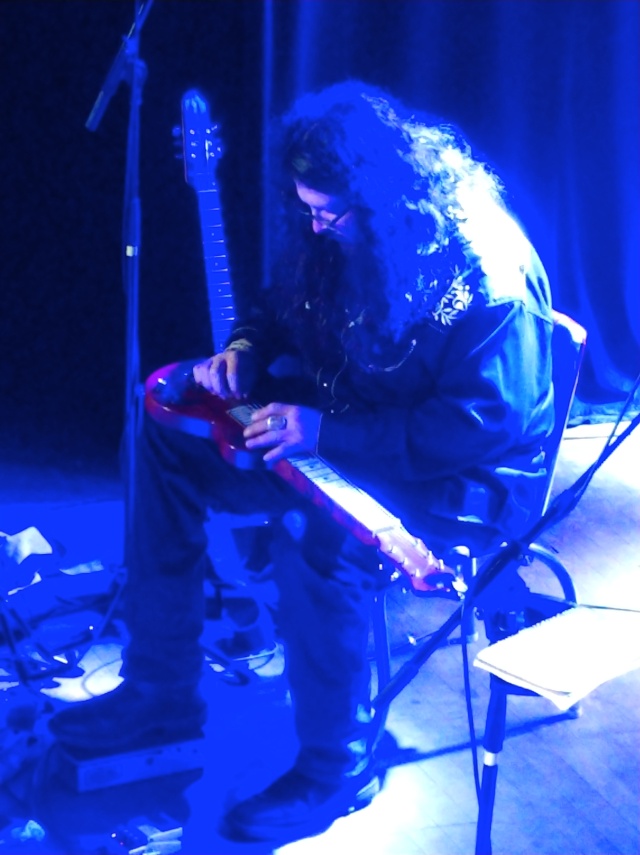 They ended on a Bob Dylan tune, “Girl From The North Country”. All the songs were slow and dreamy and no drum kit.

Next up was The American Dead. 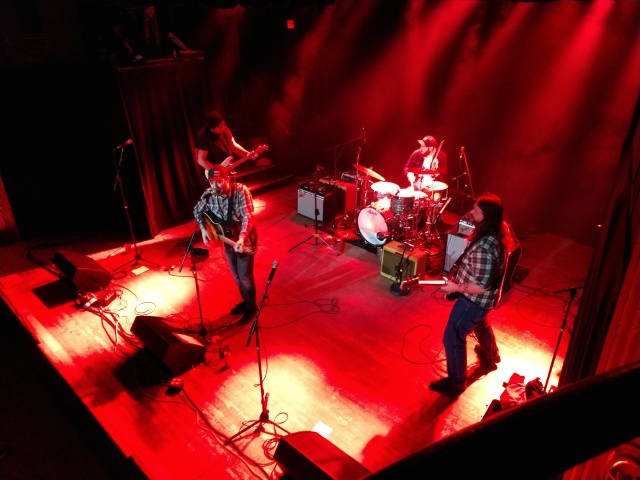 These guys are local.  https://www.facebook.com/theamericandead/

They rocked, and added drums to the sound of the evening. Cindy liked these guys the best. They did some great songs and were really animated. A couple of songs were sung by the far left guitarist. On the last song the 2 guitarists traded and they did “Sam Hall” a song by Cash I had never heard before. Their set was really good. There are a lot of Cash songs that I don’t know. Maybe I should dive in.

Next up was Christopher Gold & The New Old Things 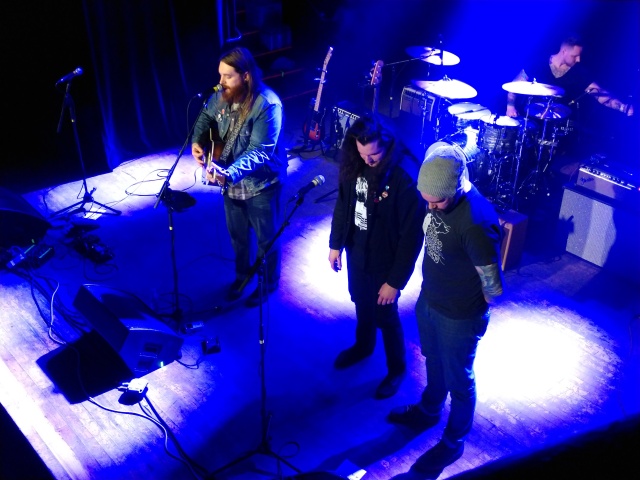 For the first song the bass and lead guitar guys sang chorus. It was a slow song and a good one. Then everyone picked up their instruments and they ramped it way way up. 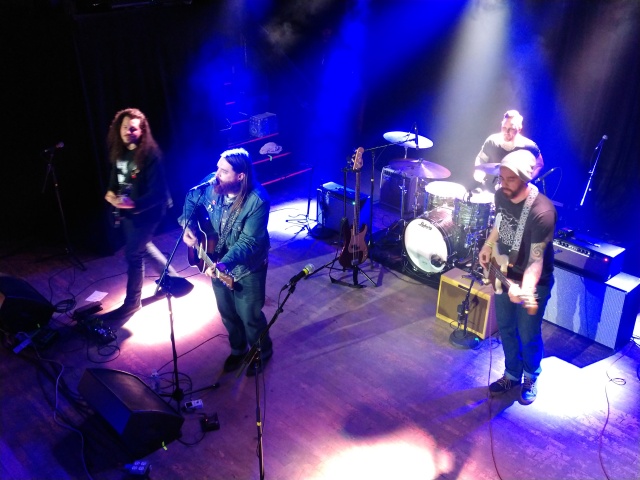 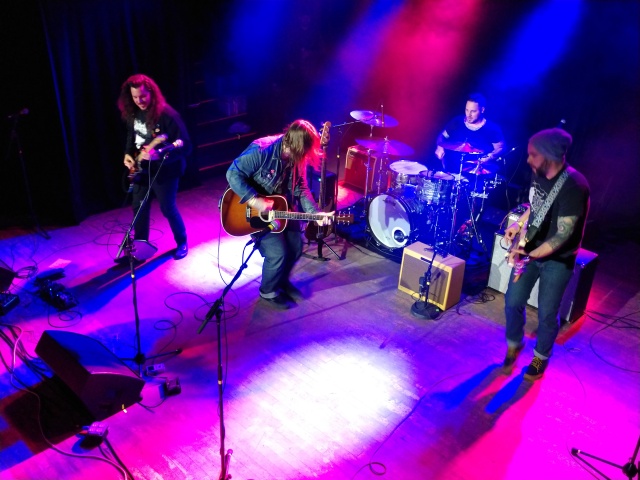 They did a cover of “Ain’t No Grave (Can Hold My Body Down) that was intense and part crowd sing along. He was wailing. 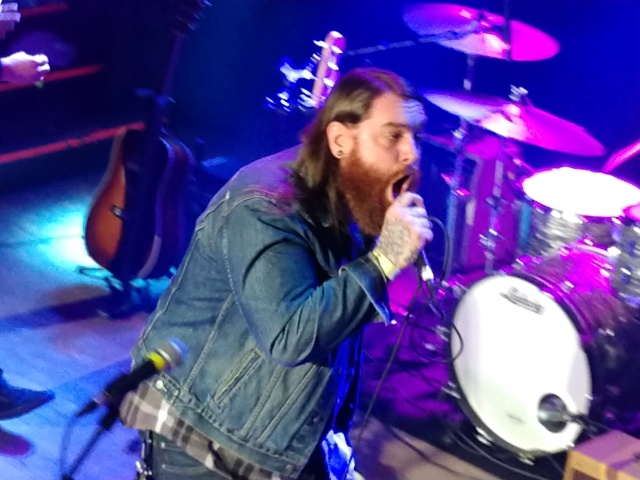 Next up was The Kelsey Miles Band 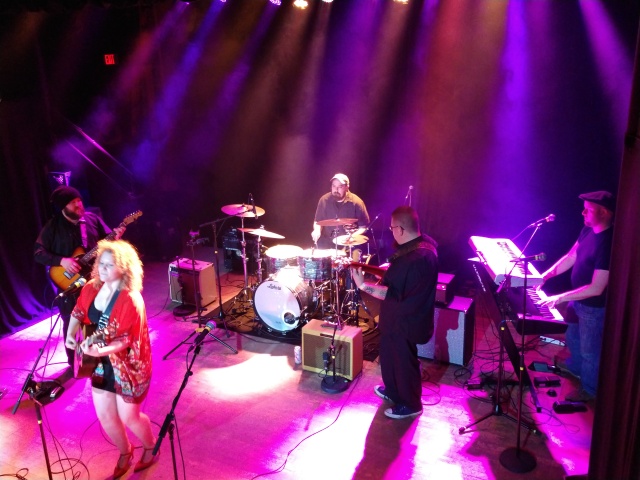 This was the only time I had my view compromised. I had to lean out a bit to get the keyboard guy in the shot. I can live with that.

Kelsey Miles was a slick 5 piece. She had a strong voice and for a few songs she whipped out a harmonica. 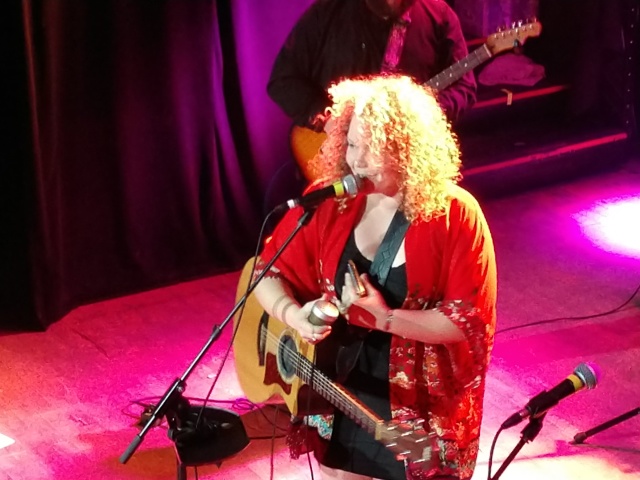 She has a lot of YouTube videos out there.

I got another “we were there” shot bathed in red light. 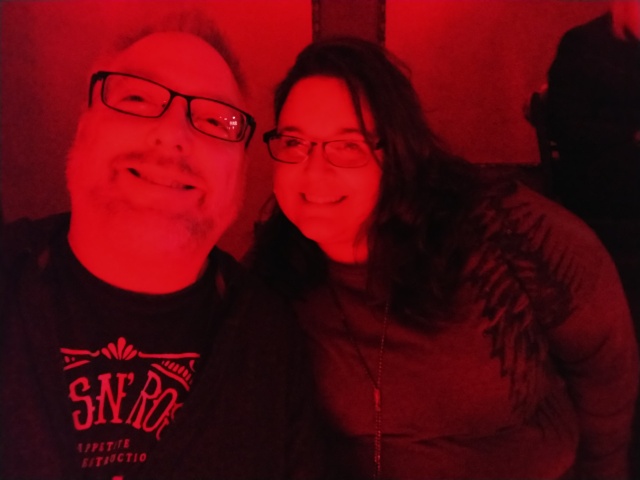 The Liam Ford Band was last. We had seen them in the 3rd Annual show and they are good. Liam stomped out for the first song banging a garbage can lid for percussion. It was a cool schtick. 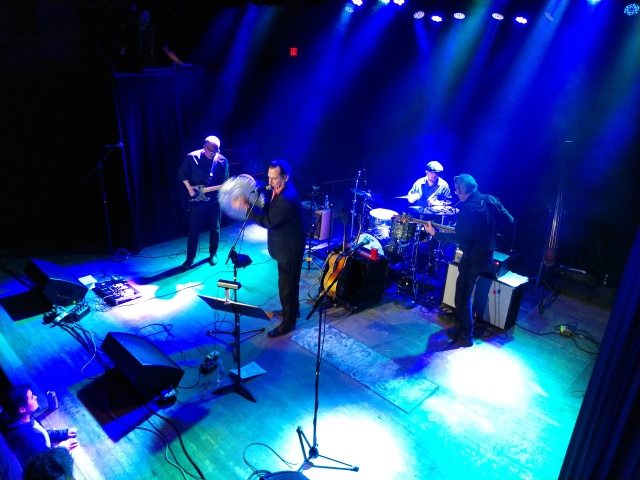 Christopher Gold had introduced them as a Rockabilly band. I bet they would be great to see doing their own stuff.

They changed up their set to try and not do too many repeats of songs from the previous bands, but did end up doing “Jackson” again, which was great. 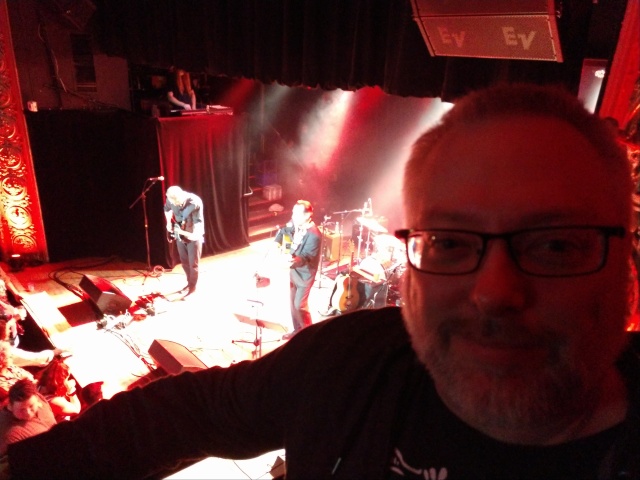 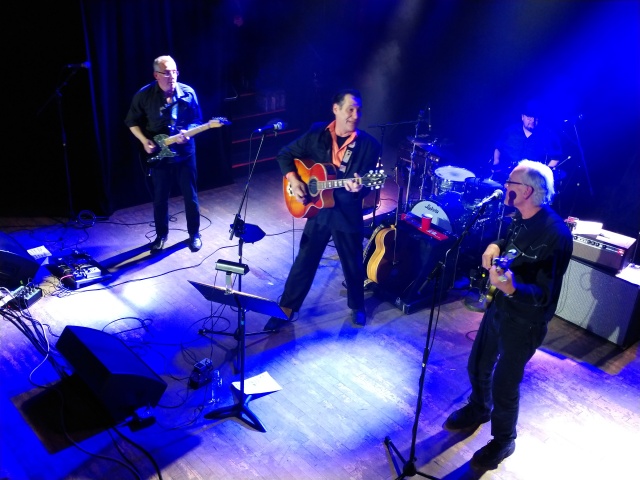 These guys are solid.

The whole show was great and it was a fantastic surprise date night. 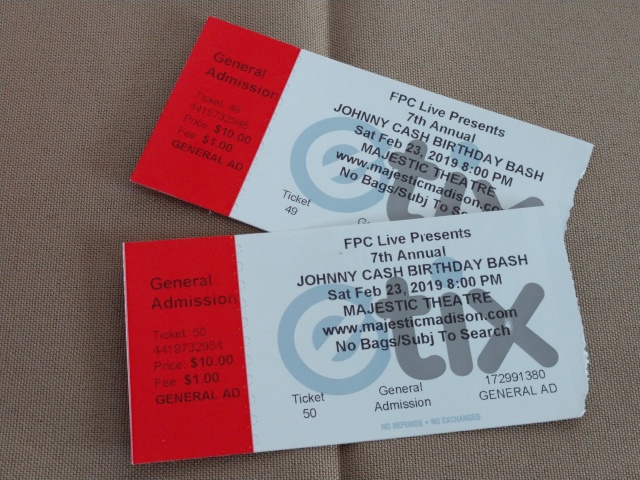