When I was living with my mom (hi Mom!) back in the day, she purchased Bob Seger “Night Moves” for the record collection. Or maybe it was 8-Track… I can’t remember, but at any rate this album seemed to me to be the first time I had ever heard Bob Seger and consequently to my young brain he was new and this offering was his first. 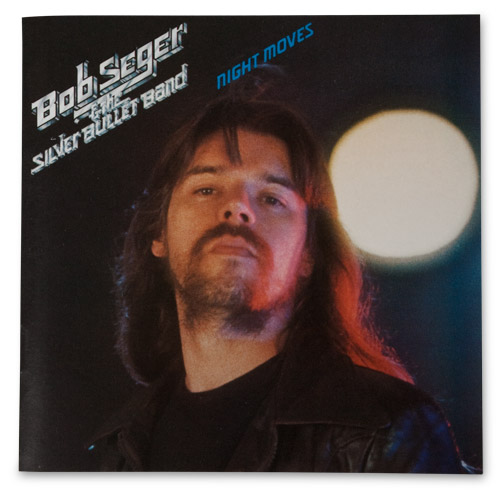 I loved “Rock And Roll Never Forgets”, “Fire Down Below” and “Mainstreet”, but the song “Night Moves” itself has never been my favorite. Reminds me of “Jack And Diane” from John Cougar Mellencamp.

“Night Moves” was played TO THE BRINK OF STONE DEATH. I can barely stand it to this day.

Which brings me to this CD that I picked up on a whim, a soft moment among the CD’s at St. Vinny’s. 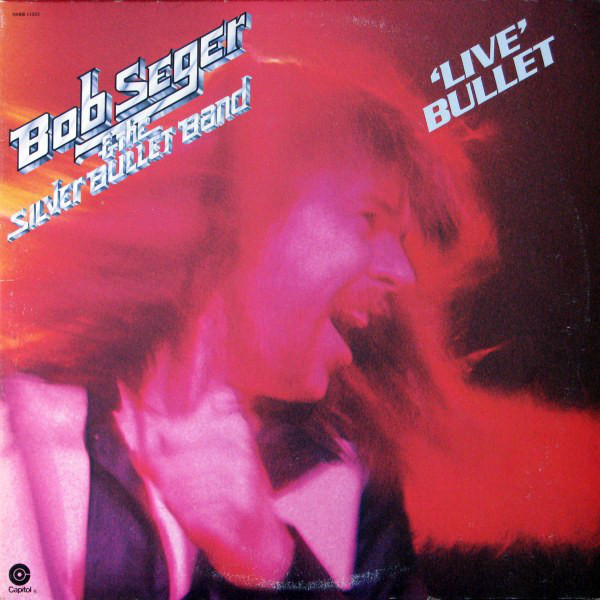 I picked it up, referenced my personal ban of Bob Seger and was about to put it back when I saw that “Turn The Page” was on it. Now that is a Bob Seger song I DO like. It is melancholy and melodic. I saw that “Katmandu” was on here too. Also good. “Beautiful Loser” and “Ramblin’ Gamblin’ Man” clinched this one chance to redeem Bob Seger.

I brought it home.

This album was released just prior to the “Night Moves” album so I knew I was safe from the tracks sure to curl my hair. Recorded at Cobo Hall in Detroit Michigan in 1976 the first thing I noticed is that I do like the gritty rough sound of Bob’s voice. The band is tight and the recording is right up front and in your face. I found myself digging it to my own surprise.

“Travelin’ Man” and “Beautiful Loser” were amazing. I went back to the little CD player and cranked it up.

“Jody Girl” is a slower track that I never heard before and it is not the strongest, but even it has some good moments. They they do “I’ve Been Working” which I didn’t realize was a Van Morrison track. I can hear it in the way they do it, but they bring the midwest to it and crank it out. Then that mournful sax plays and “Turn The Page” pours out. Evidently this song was on an older Seger album, but it was this version was the one that exploded on the radio.

I was a bit worried about “Bo Diddley” as that is a pretty well ridden horse, but I have to say that they pulled it off… and “Ramblin’ Gamblin’ Man” had me singing and shouting along.

In “Heavy Music” he has the crowd whipped into a frenzy (and shouting lyrics back) and the beat is driving hard. Awesome. This song is sort of a testament to the old days of big stadium shows. What a cool slice of history.

K – K – K – K – Katmandu! rocked, but I can say now that I hear some future echos of “Old Time Rock And Roll” in it. Gave me a little shiver. I still liked it though.

The last 3 songs are good, but nothing compared to the songs prior to it.

Still, overall, I have to say that I thoroughly enjoyed this album and will definitely keep this around. I guess I owe Bob Seger an apology. The guy rocked and I was unfair to ban him altogether. This album is all that is good about Bob Seger and I’m glad that I gave it a chance.

My ban on “Night Moves” and “Old Time Rock And Roll” being played at any function I am responsible for still stands however. Sorry Bob.