Before watching this movie, I skimmed through it jumping around and viewing a moment here and there. It seemed the production was FAR superior to “Hard Day’s Night” and it is. It’s also in color! 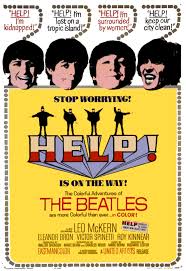 However, it’s no “Citizen Kane”.  LOL

The opening is on some mystic sacrificial ritual that abruptly ends when it is discovered that the woman being sacrificed is not wearing the ceremonial ring. An unknowing Ringo has it. 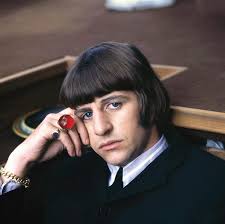 Fitting. He explains he got it from an “Eastern bird”.

What follows is a slapstick over the top James Bond spoof as the mystic bunch tries to recover the ring, evidently never noticing that the woman from the group keeps helping Ringo escape WITH the ring.

Then about 30 minutes in there is an intermission, and then some goofing.

Then back to the story. Where Paul gets shrunk, the mystical folks attack and the scientists from earlier in the story save the day though they want the ring for themselves but are foiled.

Suddenly, we are in the Alps. 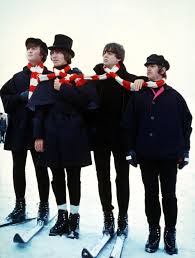 where both the scientists and the mystical crew have followed and continue to try and retrieve the ring.

This plot continues throughout the movie… I’ll stop recapping. Spoilers don’t you know.

The music is great of course, when they sing, or goof to an overdub song. You can’t fault the music in this film.

I see The Monkey’s and Monty Python in this and even a bit of Hope and Crosby. I have to say that despite the over the top somewhat racist comedy, I liked it better than “Hard Day’s Night”.

I can reveal that in the end Ringo does NOT get sacrificed. 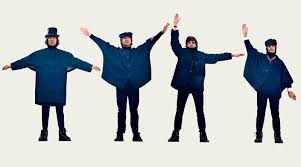 I have made cutouts of this pose for my music room, cut out of vinyl.

It appears I have them out of order. Egad.

I also did this set which may be from “Hard Day’s Night”? 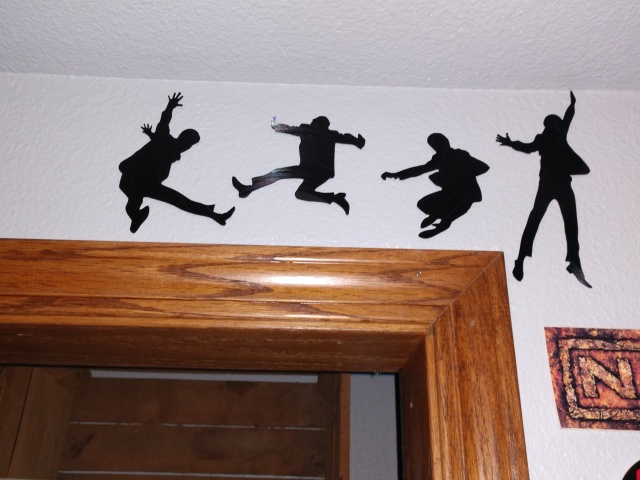 I have to admit that I am looking forward to the end game. “Let It Be” and “Yellow Submarine”.

Addendum. Now that I have seen both “A Hard Day’s Night” and “Help!” I still honestly can’t say which one I saw on that evening when Alan and I saw 2 Beatle