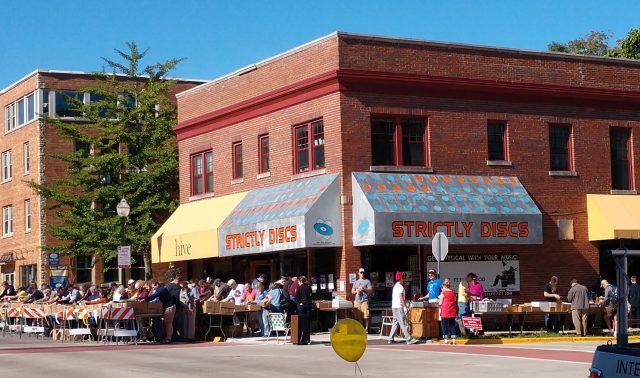 To say the area was packed was legit. I started on the right, which was loaded with books and tapes. I know, tapes? I generally speaking do not buy tapes, but the mood was right and I found some good blues tapes. What could I do?

Then I jumped into the vinyl bins out in the street.

It was crowded, but courteous. I went through about 10 bins, even reaching way to the back. Apparently at that point Cindy had finished her book shopping and was waiting for me across the street and spotted me digging. I’m wearing the hat to the right of the 2 yellow shirt guys. I was still wearing my hat and sweatshirt that were both a mistake. The day started chilly but soon I noticed I was roasting. 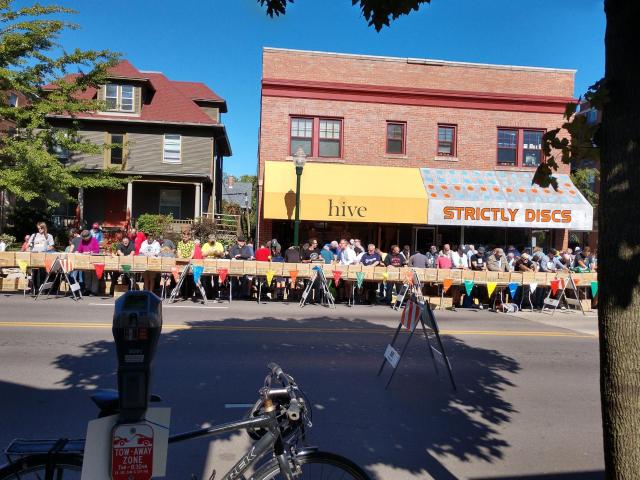 I came across an album that my dad loved. Maria Muldaur. This one had “Midnight At The Oasis” on it that he loved to sing. This album was from 1973 and it certainly shows it. That is my small pile there on the left. 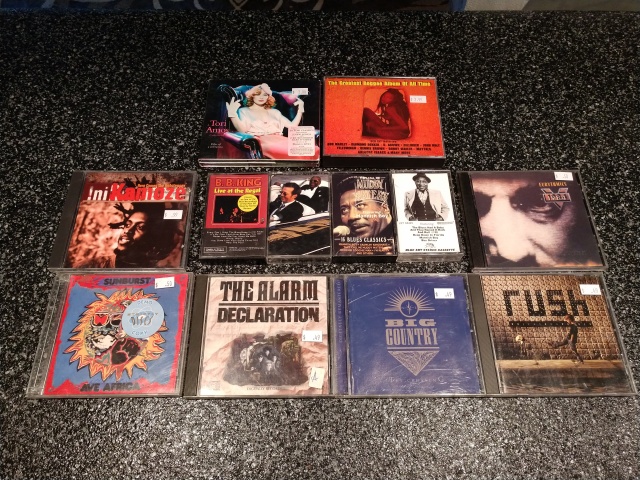 The Sunburst CD for 50 Cents turned out to be amazing. After listening to it I had to look it up. If there was more I wanted it. Turns out this is their only one.

This is the complete recordings, encapsulating their album, singles and a radio performance. Released on Strut Records in 1973. Awesome.

PLUS it has a cool Strictly Discs Demo Copy sticker. Bonus.

I also grabbed “The Greatest Reggae Album Of All Time”. I mean it says it in the name for goodness sake, and aside from the gratuitous nudity on the cover and a handful of ganga songs, the rest are pretty damn good. Bob Marley, Desmond Decker, Freddie McGregor, Dennis Brown, Hopeton Lewis… 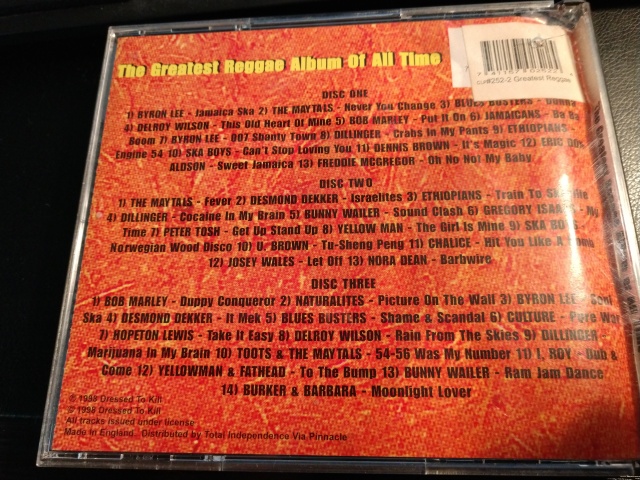 The rest of the CD’s were classics that I wanted for the car.

I also picked up 5 albums. Foghat, J. Geils (x2), Jethro Tul and I was surprised to find a very clean and delightful Crosby Stills & Nash album for 99 cents. 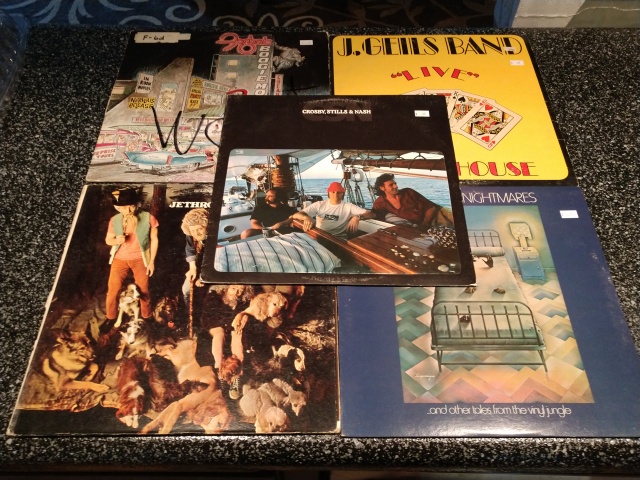 I will be back next year a little more prepared.