Mike E. sent me a seemingly innocent link last week that turned out to be a life bomb. It was a You Tube link of a band that he was listening to which I had never heard of before.

Weird name, but Mike doesn’t send me things at random, so I clicked on it and checked it out, and man am I glad I did. Where has this band been hiding?!

For the record, this is what he sent me.

The sound was immediately exotic but with some solid grooves. It was a cool combination. Just 3 members in the band, guitar, drums and bass.

It was exactly what I needed right then and when that live show was over, I found another one, then another one… I was hooked.

Again, a huge shout out to Mike E. I’m sure he was thinking that this was just something cool to listen to while working, not knowing that he was pulling the pin on this grenade and tossing it.

Some info about the band. First of all the name is from Thai meaning “airplane” and pronounced:  (/ˈkrʌŋbɪn/ KRUNG-bin; Thai: [kʰrɯa̯ŋ˥˩.bin], เครื่องบิน). Despite sounding so exotic and world music-ish these guys are from Texas. I guess the name and sound worked on me exactly as they planned it.

Guitarist Mark and drummer “DJ” were friends for a long time and then added Laura to the group, teaching her bass as the added sound needed to complete the band.

I have to say that I was so intrigued by the band that I even watched several interviews, which I rarely EVER do. Often listening to a band talk can ruin it for you. You find out they are not what you expected and it can have a negative effect, but, these guys are so unpretentious and down to earth it only enhanced the band for me. Whew.

When I watched the videos online of the band I wondered what was up with Mark’s hair. In interviews it is revealed that both he and Laura wear wigs when they perform.

Here is a comp of interviews that hits all the highlights.

I can’t remember when I was so spun out on a band like this, but they have really hit hard. I have harvested YouTube for all the live shows I can find and ordered all 4 of their vinyl studio releases. There are more than 4 albums, but a few are albums of Khruangbin curated artists remixing Khruangbin songs or compilation albums that include a Khruangbin song, or EP’s.

Here are the vinyl studio releases that I picked up.

“Khruangbin – The Universe Smiles Upon You”

Simple but lovely cover with handwritten song titles on the back.

Inner is a simple white sleeve. Nothing fancy, the music is the focus. This is their first album and has some of my favorites. If you’re jumping into Khruangbin this is the place to start for sure.

This is their second album and also full of classic tracks. Simple cover once again and even the inner sleeve is simple blue with the words “with love + sincerity” in the corner. Nice touch.

“Con Todo El Mundo” was remixed as a dub album by the band, who were (as well as influenced by Thai funk) also influenced by the dub producer Scientist. This led to the album… 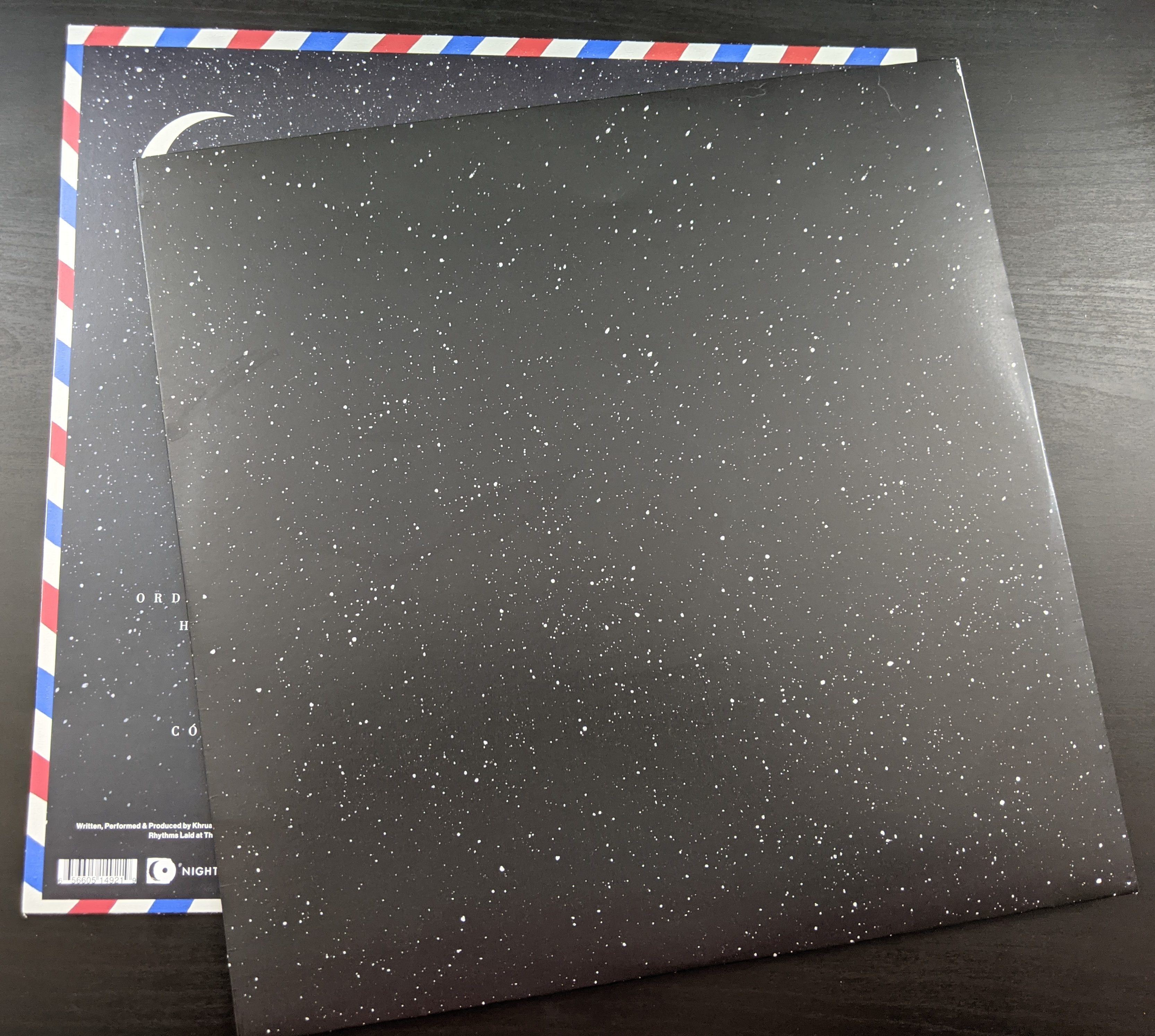 Of course I love this one. Dubby goodness on top of fantastic songs.

The version I picked up came with a 7″ single with 2 songs mixed by Scientist himself. 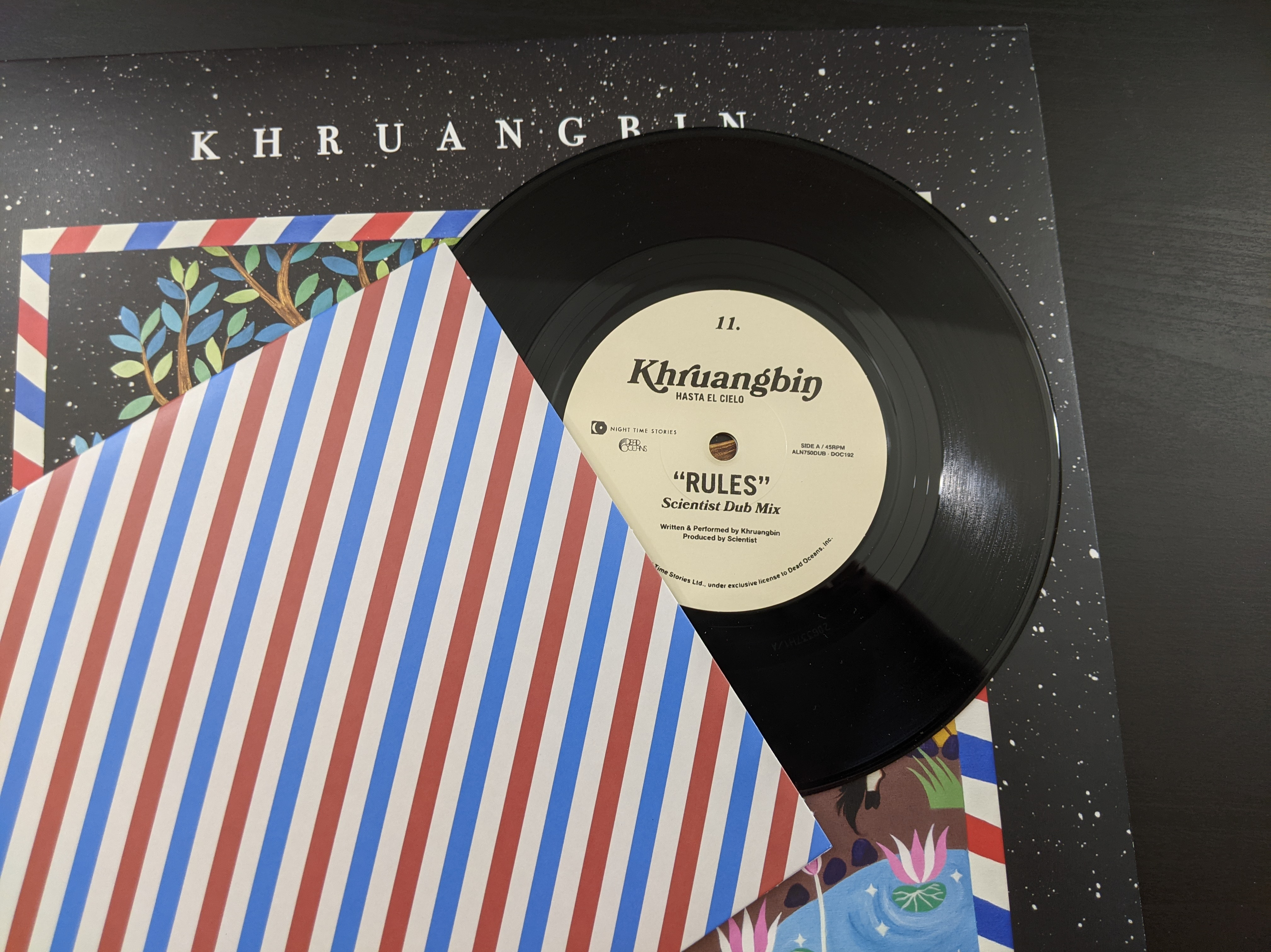 Then last but not least is…

This one has a more elaborate cover. 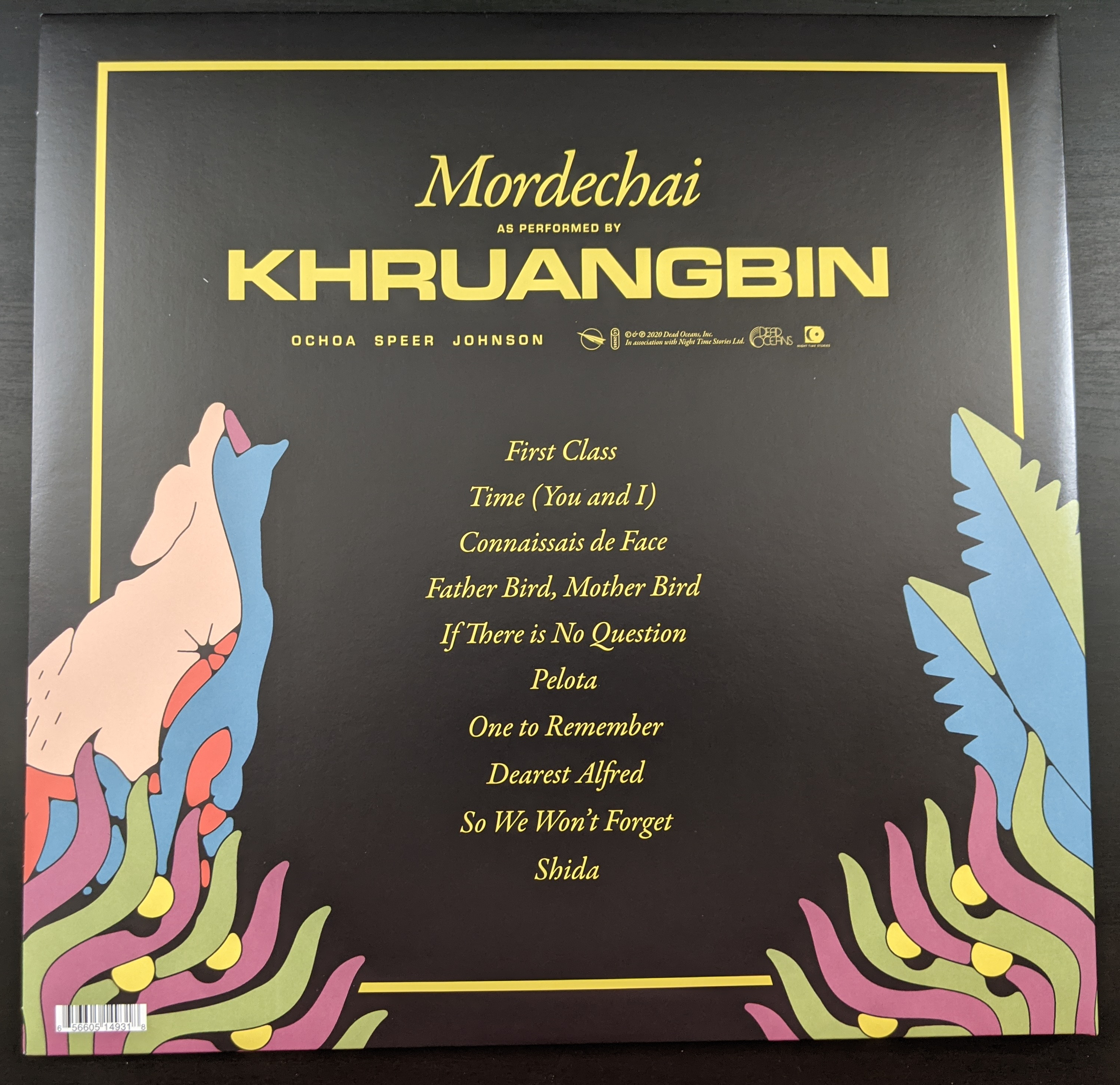 Even inside the gatefold (the first album to be a gatefold) there is extra art. These are folks whom I presume they are thanking. 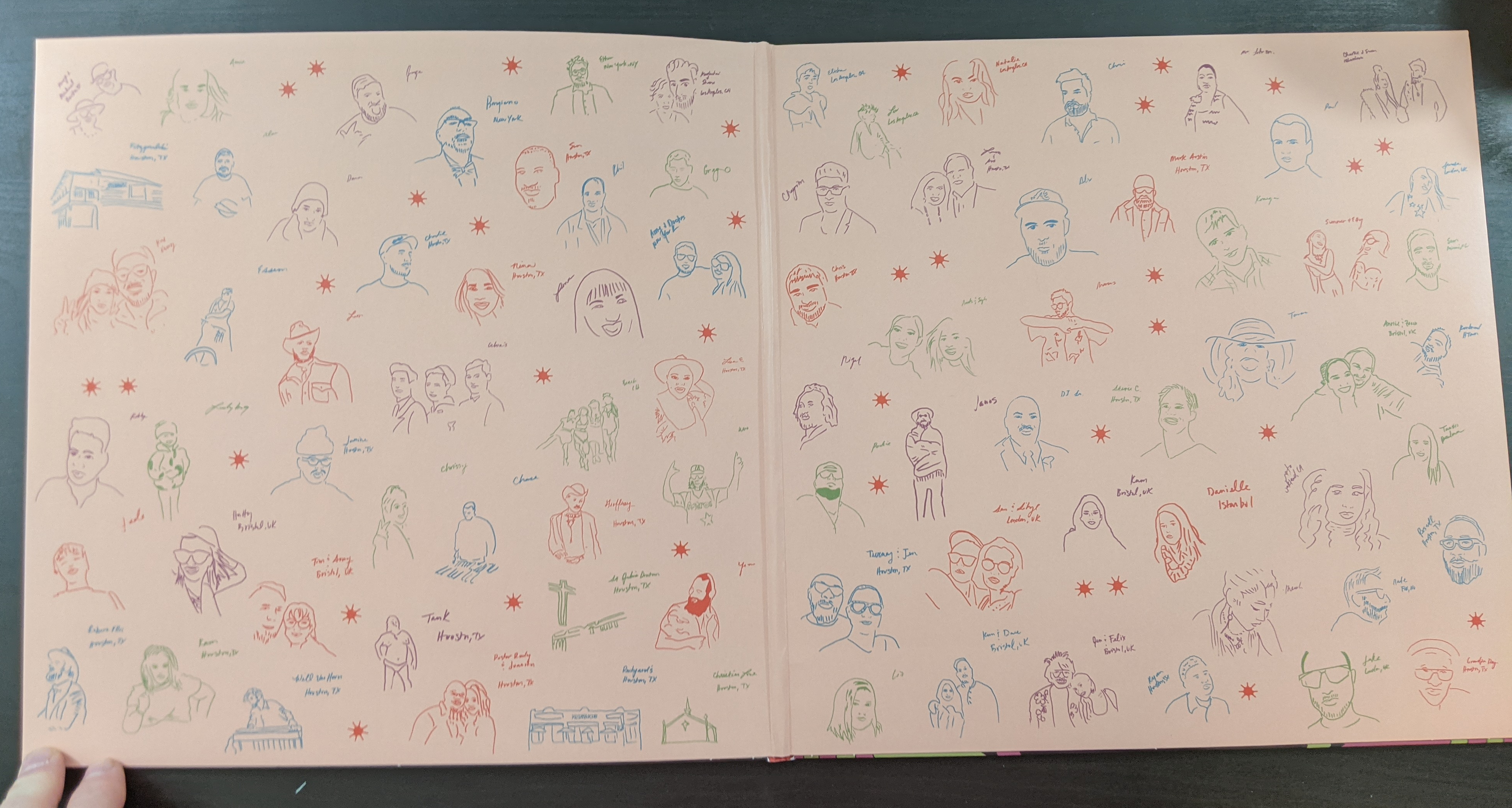 The inner sleeve also is a bit more than previous albums.

Including lyrics on the other side.

This band has a little something for everyone and I could not recommend them more highly. Whether you start out by watching, or listening, you can’t go wrong.

Here is their Bandcamp link.

Get you some Khruangbin !